048: Stop Being a Salesperson, Be Yourself! with RACHEL CROCKER 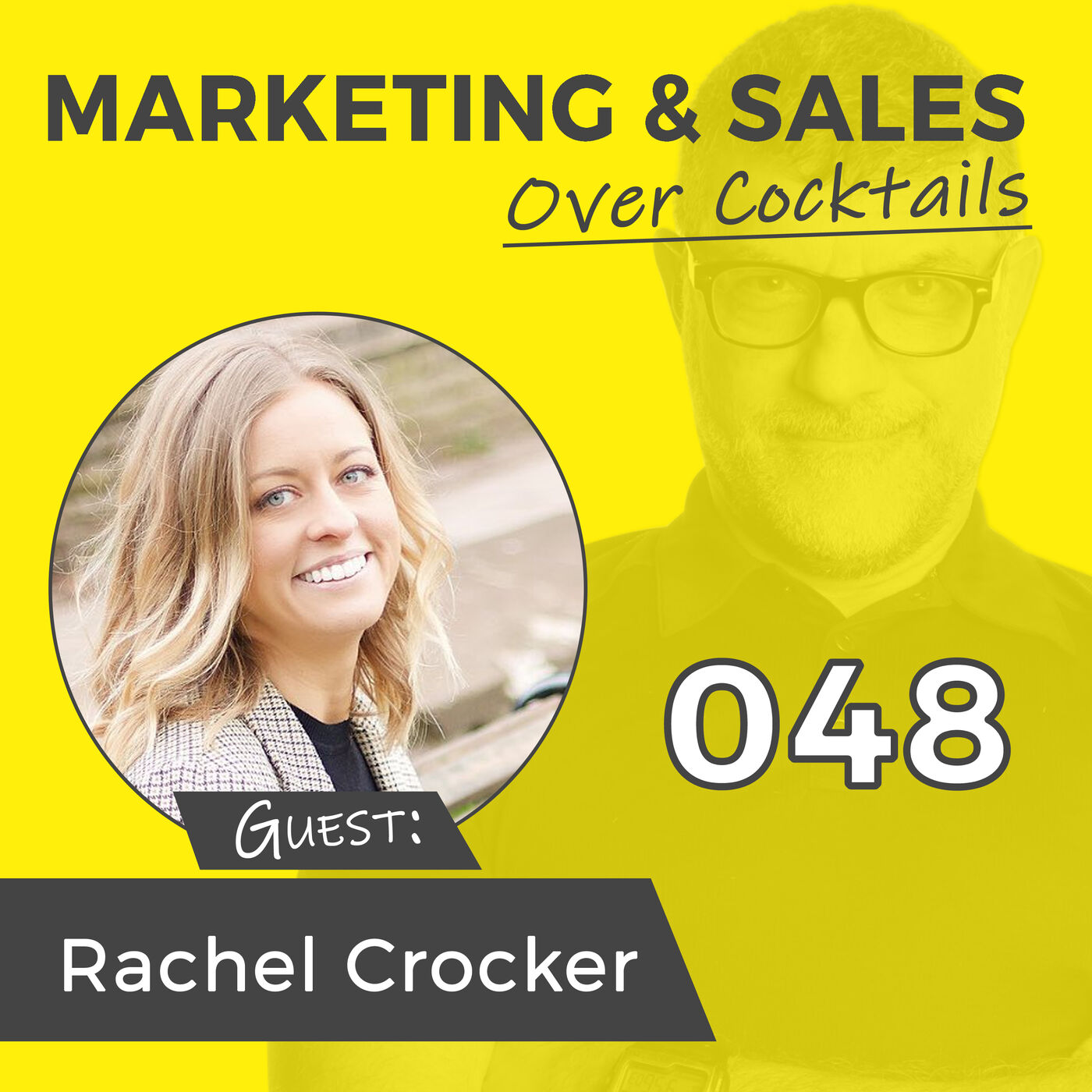 Do you turn into a "salesperson" right before you meet your potential client?

Are you still following sales scripts?

Are you a solopreneurs or business professional passionate about your area of expertise, but don't know how to quite close the sales conversation, or take those appointments and turn them into customers?

Then say hello to sales and business coach, Rachel Crocker, hot off the presses with episode 48 of Marketing and Sales, Over Cocktails! Rachel, who has been helping folks just like you get your online coaching business off the ground, not only from a "how do I start?" standpoint, but also from a "how do I close sales?" standpoint as well.

With over 6,000 followers on Instagram, Rachel’s get's into some of the following topics on today's episode.

Stop the painful and expensive revolving door of salespeople by training them better from the start.

●       Young reps want to sell their product so bad that they lead with the product instead of leading with the problem.
●       Sales scripts strip your personality out of the selling equation.
●       How to reject the one-size-fits-all selling approach and find the right tool for the right audience.
●       If you haven’t figured out that 97% of people start the buying process online, then you’re going to be left behind.

Mentioned in this Episode:

MarketingandSalespodcast.com
The 7 Secrets to Selling More By Selling Less
Shoot me a question on Allanger.com
Rachel Crocker Consulting

Email has been submitted.